Genre parody is a text that utilizes “the codes of a genre at the same time… self-consciously parod[ies] those codes” (Sturken and Cartwright 329). The humor of genre parody functions by the viewers’ acknowledgement of the distinct variations between the original text and the new text. Genre parody does not mean for audiences to digest the parodied context in a serious reflective manner, but rather playfully enjoy “both the old text and its parodic remake” (Sturken and Cartwright 330).

In an original One Direction music video “What Makes You Beautiful,” four teenage looking pop stars sing to their love interests, or women in general, about recognizing their own natural beauty. They use lyrics like “you’re insecure, don’t know what for” and “don’t need make-up to cover up being the way that you are is enough.” In a variety of the One Direction music videos, all the boys have a similar uniform of short sleeve button up shirts, tshirts, maybe a vest, and skinny jeans. Throughout their videos they give a air of forced positivity and silliness. Also, the video is shot in a clear pop boy band music video style with a catchy tune, fast cuts, impromptu choreography, and close ups of the individuals singing and flirting to the camera.

One Direction’s “What Makes You Beautiful” on the left, and Inside Amy Schumer’s “Girl, You Don’t Need Makeup” on the right, both show a boy band member talking seductively to the video’s love interest on how she should see herself. What Schumer’s video highlights by mimicking this is that both boys, whether complimenting or criticizing her, are telling the girl how to be, something she should do for herself.

These two shots capitalize on the boys’ silliness. The images look like they could be from the same video, but the image on the left is the parody group and the image on the right is One Direction. 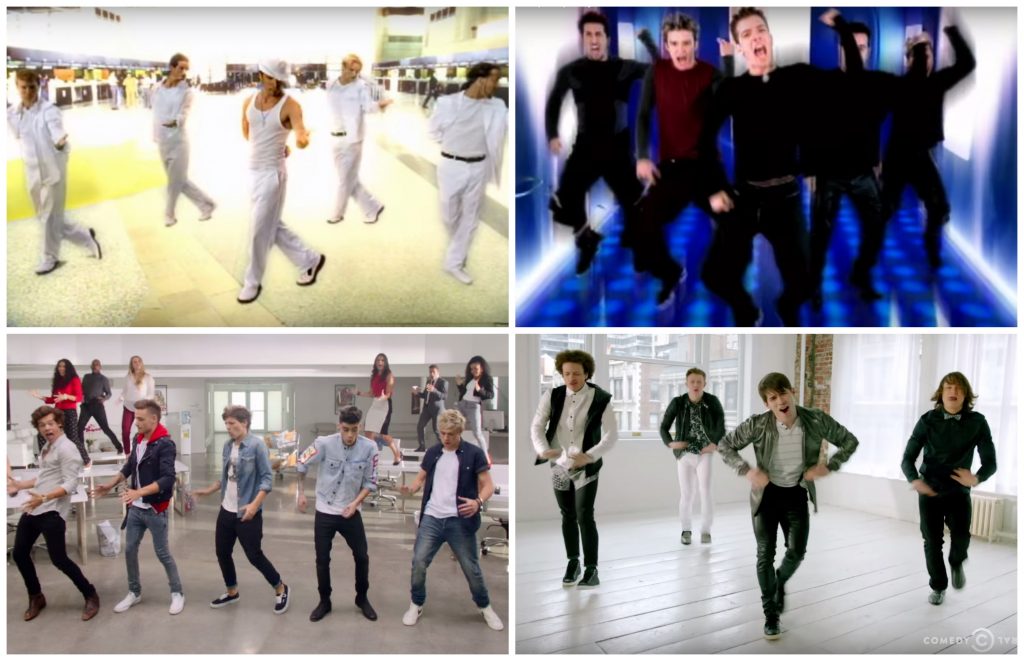 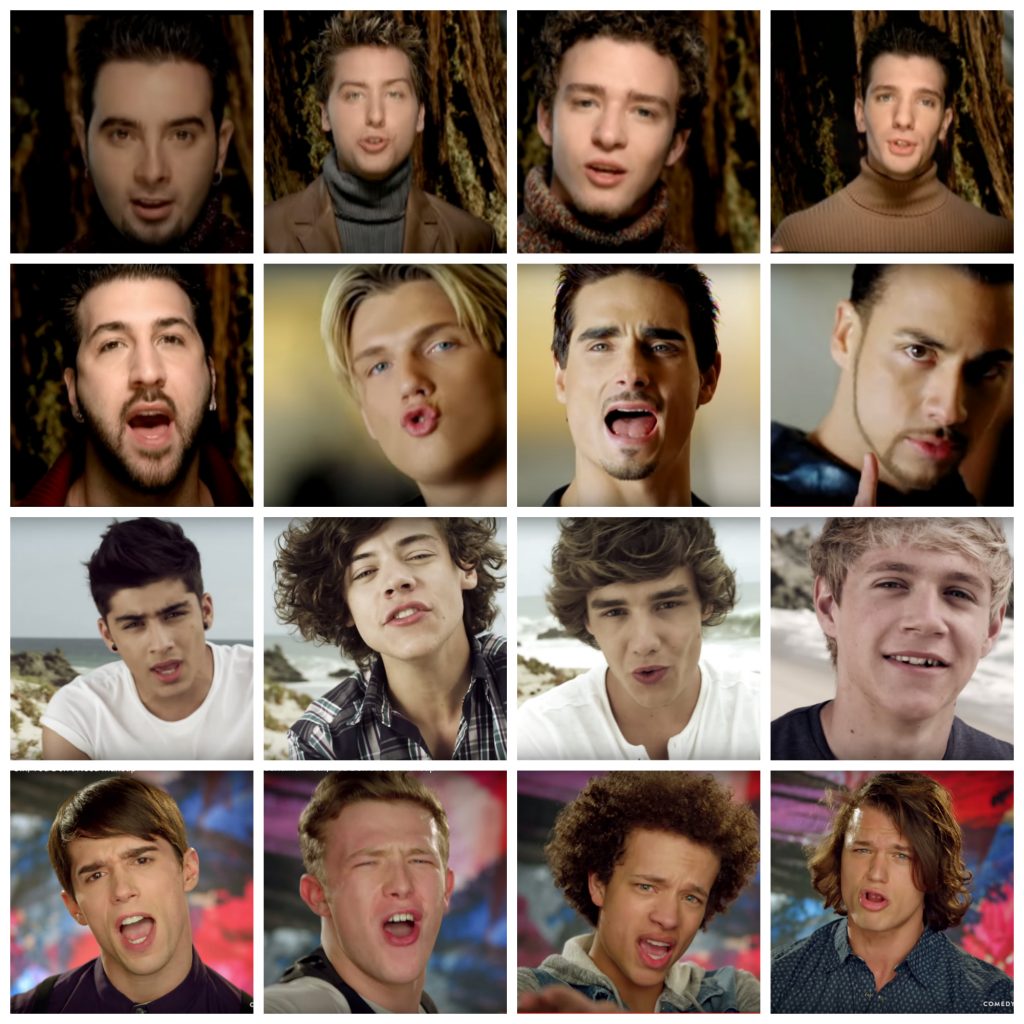 Close ups of the various boy band performers singing to the camera.

Amy Schumer makes light of all of these boy band genre tropes in her video. The “What Makes You Beautiful” lyrics state “you’re insecure, don’t know what for,” and Amy’s video suggests women are insecure because society and media tells women they are not good enough. Similarly, the parodic performers in her video sing “Magazines say that you’re wack. Girl don’t believe them.” However the parody shows, once Amy is empowered and takes off her makeup as the seemingly supportive boy band suggests, the boys do not actually like what they see. The boy band recognizes and states that they prefer women when they have makeup on. One Direction’s song states “being the way you are is enough,” but Schumer’s video points out, through genre parody, that men and media do not actually feel this way.