“Landslide”, which was written by Stevie Nicks and performed by Fleetwood Mac, has become quite a popular song to cover. The Smashing Pumpkins, Stacey Kent, and the Dixie Chicks have all covered this song. It is about a women trying to get out of a dying relationship. Natalie Maines, lead singer of the Dixie Chicks, sings the part of the struggling women in the relationship who has to do some self-reflecting. “Landslide” originally appeared in 1975, but the Dixie Chicks covered it in their album Home in 2002, letting it reach “Top 10 of both the pop (number 7) and country charts (number 2)” (Robynn’s Corner). I believe that “Landslide” is one of the most covered and well-known songs about troubles women have to go through toward the end of a relationship, but many people have heard the song without formulating an understanding of it. No matter what the general understanding of what the songs story is, we will get a taste of how emotions are conveyed in the Dixie Chicks cover of this song. 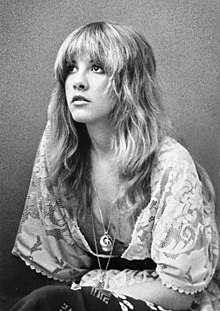 Before we dive into the Dixie Chicks cover of this song, let’s get a little background information on the original. “Landslide” was written by Stevie Nicks in 1973 when she was in Aspen. She wrote it 3 months before she joined Fleetwood Mac. Stevie Nicks had been a waitress and a maid in her lifetime, but she knew she could do more. She wrote “When you see my reflection in the snow-covered hills” because that was the first time she had ever been around snow. Some people may think this song is all about break ups, but Stevie claimed to have written this song the night before her dad was operated on. When she looked at all the mountains and connected it to her life, she realized everything could bring her down in an instant (Nicks). Fleetwood Mac was more popular in the UK in the late 60s, but by the 1970s they charted higher in the U.S. The 1970s was also the time when the women of the band began singing leads in the songs. On New Year’s Eve, in 1974, was when Mick Fleetwood called and asked Stevie Nicks to join Fleetwood Mac. “Landslide” was officially released in 1975, but wasn’t released as a single. When Stevie Nicks joined the band was also the time when Fleetwood Mac singles began charting higher in the U.S. The song “Dreams” hit #1 on Billboard US Hot 100 singles on June 18th, 1977. Stevie Nicks wrote this song and is the main singer in the recording. It’s not a coincidence that the same time Stevie Nicks became a member of the band is when Fleetwood Mac gained more popularity. Stevie Nicks was a powerhouse women in the music industry in the 70s, and is still well known today. She paved the way for strong women musicians in years to come as a singer and a song-writer.

The Dixie Chicks covered “Landslide” in 2002 in their album Home (Dukes). I think this song is very relevant because it was written at a time before Stevie Nicks was even in Fleetwood Mac and when she was going through a tough time in her life. This could also be said for the Dixie Chicks, this song was recorded by them immediately after their huge dispute with their record label, Sony. They claimed that Sony had been depriving them of their true earnings and were unhappy about it, leading them to sue Sony. This turned a lot of heads and made listeners in the country music world see a different side to the Dixie Chicks. They settled the dispute and then recorded Home, which is an album that includes many cover songs. I don’t think the timing of the cover of “Landslide” was a coincidence. With the Dixie Chicks under a microscope from the Sony incident, they looked back at Stevie Nicks as a strong women who had to assert herself. They saw Stevie as not only an amazing singer, but also as a great song-writer, which proved to be a good time for them to record one of her songs. Both versions of “Landslide” have to do with women breaking through and showing their emotions to the world, while also telling people they are a force to be reckoned with. I believe this song is definitely geared toward women, and more specifically women who have been in a relationship where they know it is eventually going to die out. However, I think it is very possible “Landslide” has other audiences. For instance, in 2013, the song was used in a Budweiser commercial to play on the heartstrings of pet owners and the idea of coming home (songfacts). “Landslide” could also just generally be geared toward the younger generation experiences life and mistakes. I know Stevie Nicks wrote this song around the same time her father was going into surgery in Colorado, which is why the lyrics are so personal and up to interpretation. I believe the recording of this song by the Dixie Chicks had perfect timing for popularity because no later than a year after was when their anti-war statement got them a tremendous amount of heat from the public. If this song would have been covered by them after that issue, it wouldn’t have been nearly as popular.

Both versions of the song have distinct tastes. In Stevie Nick’s version, there is only guitar and mild violin, which gives it a simple taste and really allows her pure voice to be heard. However, in the Dixie Chicks version, there is more instrumental elements that you find in more traditional country songs. Natalie also seems to emphasize words more by drawing them out or changing her pitch. Both versions portray their unique qualities very well and help draw out different appeals.

I think the Dixie Chicks portrayal of “Landslide” plays on the emotional appeal of the audience. When listening to the fluidity of Natalie’s voice, it reminds me of innocence. Her southern twang also adds a nice spice to the mix. Maybe it’s the southern/country twist that makes the song sound so sweet. Since the Dixie Chicks cover does have a country/folk twist to it, it could affect the 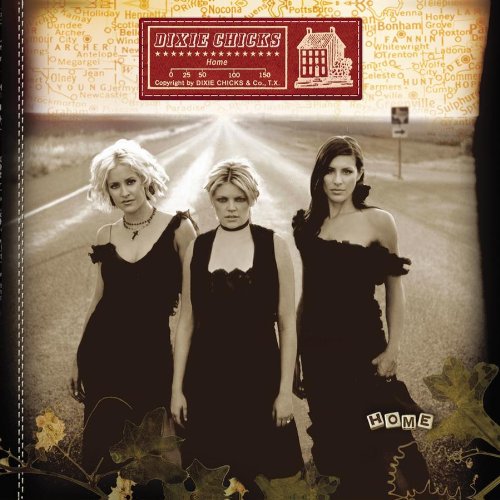 perception of the song. Tone matters, and hearing this song in a twangy tone with more instruments truly gives it a comforting feeling. Comparing this to Stevie Nicks singing it in a different era, it makes a big difference. While the Dixie Chicks cover sounds comfortable, Stevie Nicks gives off a rougher, rock vibe. Natalie really uses the lower pitches of her voice to add a soothing effect when listening to this song. This Dixie Chick version also includes the rest of the band, two other women, as the background vocalists, which I think can give the song a softer appeal rather than when men sing background. This differs from the original song because the background vocalists of the two groups join in at different times. The Dixie Chicks sing together more, whereas Fleetwood Mac members allow Stevie to have a more solo effect. Not only do the vocalists allow the audience to get a sweet sense of the song, but by adding in the mandolin with guitar for the instrumental parts in the Dixie Chicks cover allows the song to flow very well. When I heard this song for the first time I thought it had to do with “finding yourself”, but quickly changed it to the idea of someone trying to get out of a relationship. When the lyrics say “Take this love and take it down”, the audience of young people get a feeling that this song is more about deep love rather than anything casual. This part of the song is also sang in a deeper tone by Natalie to show the seriousness and vulnerability in her voice. She is singing this song that lets all emotion run loose, which why it’s great that she sounds more vulnerable. It gives a good connection to the audience because anyone can relate to feeling vulnerable about a situation or relationship. The song switched perspective in the last verse, by using “you” instead of the previous singing in “I” form, to signify that the singer is singing to another person to tell them to go through everything she had to go through. This switch in perspective really helps the audience attach themselves to the situation and realize that everything that was just sung was a true journey and it is tough for anyone to travel through. The Dixie Chicks do a great job at singing this song like it is a story to tell everyone, which is also related to the country sound of the cover. Country music is known for telling stories, and this just so happens to match that theme. “Landslide” is a story about finding yourself and knowing when it is time to end a relationship or move on with your life.

“Landslide” also conveys ethical appeal based on credibility. Stevie Nicks wrote this song saying, “Hey, this is what I did, now it’s your turn to walk in my shoes”, and this is exactly what the song shows. Using the last verse as an example again, the perspective switches from first person to the use of “you”. This could be credible because the singer has gone through everything she sang about before, making her a resource. Now knowing Stevie Nicks’ background can give insight on what she has had to do to establish herself, helping people trust her as a narrator and storyteller. Natalie, from the Dixie Chicks, can also sing this song with much conviction because every women has gone through a part in her life where she needs to discover who she truly is. People also tend to believe country music has a more relatable sound, which is why it’s so great that the Dixie Chicks were able to transform this already amazing song into something that will attract an even wider variety of audiences. Stevie Nicks thinks this cover is “really quite an amazing metamorphosis for this song from generation to generation to generation and I’m so proud to be a part of it” (CMT), which I think is always a good thing to hear from the original song writer.

Whether it be the change of instruments or pitches in singer’s voice, many small details can contribute to the overall theme of a song. The “Landslide” cover by the Dixie Chicks is one of my favorite covers, which is a lot coming from a huge Fleetwood Mac fan, and I think it is because of Natalie’s tender voice mixed with southern twang along with the mandolin that allow the song to feel even warmer than before.