10 Country Songs About Fatherhood That Everybody Can Learn From

Of all the things in life that I am looking forward to the most, one day becoming a dad is at the top of my list. One of the people who I look up to most is my dad and if I can become half the man he is then I know that I will make it in this world. However, not everybody is as lucky as me because increasingly kids are raised by single mothers, in 2010 about 24% of kids grew up without a father. Speaking from my own experience my dad taught me things that my mom never could have. Country music has a lot to say about dads and how they teach their kids. In addition, Country music speaks to the uglier parts of fatherhood like divorce and absenteeism, and the love as well as the fear that comes with raising a child.

The ten songs on this list were chosen to represent different aspects of fatherhood. In addition, each song has some sort of lesson or moral in regards to being a father. The first group of songs are about fathers who weren’t able to be there for their kids for one reason or another.

I am going to begin this list with the man in black himself Johnny Cash and his song “Boy Named Sue,” which was originally written and sang by popular poet Shel Silverstein. In this classic Johnny Cash tale a boy named Sue goes on a mission to kill his dad for naming him what he did, but upon finding him his father says, “ I knew I wouldn’t be there to help ya along / So I give ya that name and I said goodbye / I knew you’d have to get tough or die /And it’s the name that helped to make you strong” Cash goes on to sing, “I got all choked up and I threw down my gun / And I called him my pa, and he called me his son, / And I came away with a different point of view.” I chose this song because while the father in this tale was never there he found a way to make his son into a man and even forged a relationship after all the years.

This is another song about a father who isn’t there with his son, but it is told from the father’s perspective while the son is still young. This sad and beautiful song takes place as a father drives to go see his kids, and in one of the most vulnerable lines of any song on the album Brown sings, “And a part of you might hate me / But, son, please don’t mistake me / For a man that didn’t care at all.” While the effect of not having a father is strong on a child, that effect goes both ways. Brown hopes that his son will forgive him for not being there just as Johnny Cash did in at the end of “Boy Named Sue.” The majority of Country songs about dads are from the perspective of sons because the majority of Country Music artists are male, but in this classic by Reba McEntire we get the perspective of a daughter growing up with an emotionally unavailable father. The complexity of Reba and her father’s  relationship is summed up so succinctly and powerfully in the lyrics ,“The greatest man I never knew / Came home late every night / He never had too much to say / Too much was on his mind / I never really knew him / And now it seems so sad / Everything he gave to us took all he had”. So, fathers, while showing love by providing financially for a family is important, some dads might forget to tell their kids that they love them. 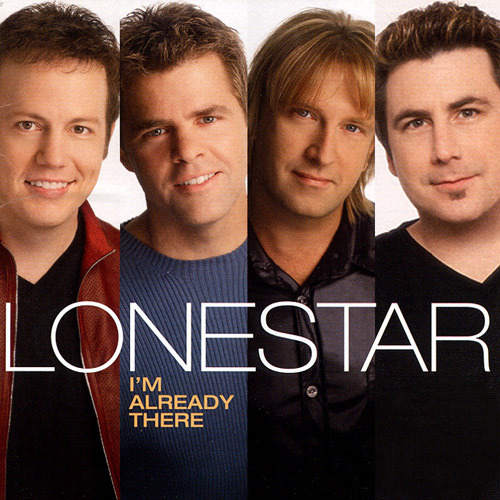 Work can take fathers away from their kids mentally, like in “The Greatest Man I Never Knew” but also physically. In the second geographic heartbreak song of the list, based on the experiences of one of the band members, this father talks to his kids on the phone as he is on the road. My heart breaks when the daughter in this song asks “Daddy when you coming home?” and continues to break when the father replies, “I’m already there / Take a look around / I’m the sunshine in your hair / I’m the shadow on the ground / I’m the whisper in the wind / I’m your imaginary friend / And I know I’m in your prayers / Oh I’m already there.” These lyrics break my heart because you can hear the want to be there in Lonestar’s voice and the knowledge that his response, while touching, isn’t enough.

The following six songs are about fathers who did get to be in their children’s, and speak about watching kids grow up, teaching them lessons, and preparing them for the world.

Navigating a divorce with children is tough, and getting back on the market and dating with kids can be just as hard. In this moving song Brad Paisley sings from the perspective of a son who learned to become a man with the help of his step-dad. Toward the beginning of the song Paisley sings, “I met the man I call my dad when I was five years old,” and later in the song, when he is now about to become a father himself, he sings, “Lookin’ through the glass I think about the man / That’s standin’ next to me / And I hope I’m at least half the dad / That he didn’t have to be.”  Being a step-father necessitates careful navigation of the parent-child relationship and requires lots of effort, but in this case, the father in the song earned the name “dad”.

My dad always told me that if I ever get into trouble I just have to call him and he’ll be there, no matter what. It’s a dad’s job to prepare his children to face the real world and to be there when the real world wins. In Conway Twitty’s song, his father would say tell him, “That’s my job / That’s what I do. / Everything I do is because of you, / To keep you safe with me. / That’s my job you see.” throughout his life. I love this song becuase at the end Twitty reveals that the song was for his dad by singing, “How can I come up with a song to say ‘I Love You’”.

Regardless of how many father-daughter dances this song is played at, it never fails to pull at everyone’s heartstrings. Every father reminisces to when their child was small and they were were the hero in their lives. McGraw remembers, “When you were in trouble that crooked little smile could melt my heart of stone,” and “Sometimes you’re asleep I whisper “I Love You!” in the moonlight at your door. / As I walk away, I hear you say, “Daddy Love You More!”. These memories are so precious that seeing a daughter grown up and ready “…to take on this whole world” can be as painful as it is heartening. When McGraw tells his daughter to, “Chase your dreams but always know the road that’ll lead you home again,” I am reminded of the father in “That’s My Job” offering to pay his way back home if things don’t work out. Being a father is preparing your kids for the world and feeling a little heartbroken when they are ready to go.

Some of my best memories were made with my dad – from playing baseball with him to learning to shoot a gun and drive a car. In this song George Strait recounts growing and having new “best day of my life” experiences with his dad over the years. This song does an excellent job of showing how fathers can prepare their children for life through experiences. After Strait tells the story of a father-son camping trip and fixing up his first car with his dad he sings the chorus, “Dad, this could be the best day of my life / I’ve been dreamin’ day and night ’bout the fun we’ll have / It’s just me and you doin’ what I’ve always wanted to / I’m the luckiest boy alive.” This chorus changes when the son is at his wedding and sings the same chorus but changes “boy” to “man”.

Little kids are like sponges – absorbing everything that is around them. This can make fatherhood especially tough because kids will pick up “everything you do,” both good and bad because sons want to be just like their dads when they are young. This son tells his dad, “I’m your buckaroo, I wanna be like you. / And eat all my food and grow as tall as you are. / We like fixing things and holding mama’s hand. / Yeah we’re just alike. Hey, ain’t we, dad? / I wanna do everything you do. / So I’ve been watching you.” Atkins tells two stories, one of hearing his son swear and then hearing his son pray. When the father asks his son where he learned these things the son replies with the chorus mentioned earlier. Being an example to your children is essential for fathers to do so that, “when [they’re] big [they’ll] still know what to do.” In the same vein as “Watching You” this song is about a father seeing himself in his son. Few things can be scarier for a dad than seeing their kids, full naiveté, making the same mistakes and going through the same painful experiences they did. While growing up comes with dreams and trouble, heartbreak and mistakes, in order be ready for the world kids to experience things like their father before them did. Tritt sings how, “I look at him and I’m so amazed / I’m so proud and then sooo afraid / That the apple didn’t fall quite far enough from the tree / Yeah I look at him and I see me.” This song highlights the same quality of being an example, because when a son looks up to their father for a model of how to act the best way to do affect them is by acting how you want them to act.

Being a dad might be one of the hardest, best, scariest, and most fulfilling job there is. Kids look up to them as examples and go to them for support, and whether or not dads realize kids become a little like their fathers in one way or another. I can’t count how many times my dad has said, “You know John…” and then proceeded to tell me a story or give me a piece of advice that has stuck with me. I am a  So, if there is one thing Country music has to say in regards to fatherhood, it’s this: it’s a father’s job to prepare a child for the real world, and to be there for them when they face it.