Women have made significant progress in society over the years, but one radio host has recently taken that progress backwards, and the vengeful, confident, no- fear women of country music did not take it very well. A country music DJ named Keith Hill stated that, “The lettuce is Luke Bryan and Blake Shelton, Keith Urban and artists like that. The tomatoes of our salad are the females.” Below you can see how Miranda backfires with an Instagram post of herself in a shirt satirically labeling herself as a tomato. What do you think of today when you hear “women in country music?” For lots of listeners it’s revenge, sex, anger, and craziness. These are all terms that may come to mind when thinking about the role that women play in country music. For many listeners, it’s the ever- popular revengeful songs of Miranda Lambert and Carrie Underwood, women who are perfect examples of the powerful, strong, women in country music that are just recent versions of the types of women that have been in country music forever. These types of songs have also been around for years, as gender roles in country have been an issue since before we can remember. The tomato incident is just a modern example of the sexism, negative roles, and mistreatment that women have been experiencing throughout history. Check out these 8 songs that portray the different revengeful responses to male mistreatment that female artists have conveyed throughout country music from the 40’s to today. Revenge from cheating, abuse, mistreatment in the workplace or home, as well as revenge through violence or murder/ killing are all prevalent themes that females from both back then and today incorporate into their songs. Pistol Packin’ Mama By Al Dexter: Though released in 1943, this was a song that remained popular throughout the post World War II era. This track describes the outlook on revenge from a man’s perspective, as he watches his woman chase after his mistress with a pistol in anger at their adultery, and urges her to “put that pistol down mama.”

The woman is conveyed as a crazy lady out of her wits, and puts a more comical spin on the story because people needed more comic relief after the war. The song captures a number of cultural aspects, like post war era, revenge, and cheating. Cheating is one of the main causes of payback backlash among women in country music, as we will see in the song, “Two Black Cadillacs,” a modern- day female reaction to the similar unfaithfulness in “Pistol Packin’ Mama.” 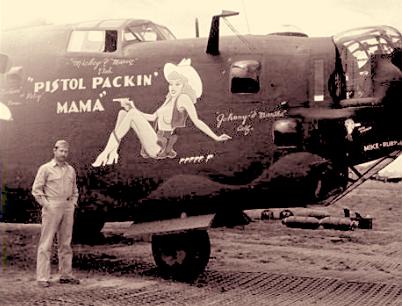 Fist City By Loretta Lynn: A 1965 hit, this song describes the pure hate and disgust that Lynn sees in her man’s mistress. Lynn scares mistresses all around the world when she sings, “’Cause I’ll grab you by the hair a the head/ And I’ll lift a you off a the ground.”

She is a no nonsense type of girl, ready to teach the woman a lesson, rather than placing blame on the cheating pig of a man. She states that she’ll, “show her what a real woman is,” therefore describing her view of what women should be like during this era: tough as nails and strong enough to kick some butt of the one who did her wrong.

The only difference is, Lynn places much more blame on the woman than the guy, something that is contrasted over time through many different female artists, who begin to see that the man is the one who needs to go to “Fist City.” In this song we’ll see how the women are starting to realize that the man is also the figure at fault.

Big Iron Skillet By Wanda Jackson: Released in 1969, this song tells the story of a woman who is going to teach her man a lesson using her skillet to put him in his place. Using her typical and loved rockabilly sound, Jackson conveys how women were meant to be in the home, and didn’t have an identity outside their housewife status where their lives were devoted to their husbands.

Jackson sings, “You are doing wrong again it’s plain for all to see/ And you think here at home is where I ought to be,” showing how Jackson is more than simply waiting around for her husband to get home, and wants to get revenge on him. Here we see that these vengeful songs were prevalent even 40 years ago. Critics dismissed the song as “threatening” at the time, but if it came out today it would be a major hit. This really says something about how today we accept more violent, ruthless lyrics, like those in “Goodbye Earl” or “Gunpowder and Lead,” which will be discussed below. 9 to 5 By Dolly Parton: This is a song from 1981 that embodies one of country’s favorite topics for songs: the daily grind of working that grueling 9- 5 o’clock shift and dealing with the daily beatings from the boss that you swear is “sometime out to get you,” as Parton puts it. It conveys the hardworking attitude that country listeners take great pride in, and also gives off the vibe of the “stick it to the man” mentality.

Parton specifically conveys her experience as a woman in the workplace, and though she is not exactly revengeful, uses her music to react to the sexism that she experiences from men at her job. Though the song may not convey as much, it stands for the events that take place in the movie, Nine to Five. In this film, three women in the office, including Parton take action against their boss’s ill- treatment and kidnap him, using his absence for their own advantages within the company.

This kidnapping of the male antagonist in the story/ song is also seen in “Goodbye Earl” which is discussed next. However, Parton was clearly less violent and without murderous lyrics, proof that women may have gotten more vehement and explicit in their retaliations in country songs over the years.

Goodbye Earl By The Dixie Chicks: In 1999 this song was a major hit, as it described how a woman and her crew were going to take down a man who had been abusing his wife. Revenge as a result of abuse is a major topic for songs by women in country music, and this song put its own twist on things. Through the music video you can see how they made the topic more cheery and relaxed, as they sing and dance with happiness after killing the abusive husband. This killing of a man who does a woman wrong oddly became a common theme in country tracks by female artists.

Gunpowder and Lead of 2007 even made it on Rolling Stone’s Top 20 Best Revenge Songs. The track explains yet another situation of abuse, where a man slaps her in the face and, “shakes her like a rag doll,” and the woman is waiting for her guy with a big shotgun when he comes home.

Lambert is constantly portraying women as fierce, unafraid, and basically badass. Unlike the unpopularity of “Big Iron Skillet” in the 1940’s, this song was widely accepted and loved by listeners, showing how anger and retribution among women is much more tolerated in country music today. The many equality movements in today’s society have had a big affect on this change in lyrics. Two Black Cadillacs By Carrie Underwood: Released in 2011 by Underwood, who is also a revenge Barbie among country music, this song also features furious women scheming to kill the man who had mistreated them. A wife and a mistress team up and murder the man, and the song describes the eerie funeral that the two attend in black Cadillacs, “leaving the secret at the grave.”

It’s a classic revenge song full of angst and rage, typical of Underwood’s style, and even incorporates a type of country rock that she continues to exhibit in her songs.

“Carrie Underwood’s ‘Two Black Cadillacs’ lyrics come from a dark place — something the singer-songwriter seems to manage well,” says Taste of Country. Underwood does not let any man walk all over her, and makes that clear in her music. The song is a major turning point for women, since we saw Loretta Lynn going after her husband’s mistress intending to teach her a lesson, but Underwood has found the real culprit: the man. She teams up with the mistress herself to take down the guy.

Done By The Band Perry: Released in 2013, “Done,” describes exactly that- being done with that man that treated Kim Perry, the lead avenger wrong. She sings that their breakup will hit him hard till he “sees the stars,” and “end him in a world of hurt.” This is another song where the woman is responding to her mistreatment with words of violence, fury, and utter disgust.

Songfacts describes it as a “cut the tie tune,” which is a type of song we see unceasingly by females in country music, when they hit their boiling point where they just can’t take the madness any longer.

This song also shows that not all females are set out in a fit of rage to destroy their nemesis, but that some just want to be “done” and end all relations with that guy that is just not worth their time, since they know that their breakup itself will tear that boy to shreds.

Over the past 70 years or so, we have seen a major shift in the role of women in country music. These fierce females have always been unafraid to voice their opinions against any man that causes them pain, and have continued to stay that way. The more explicit and violent that the lyrics have become is a reflection of our current society and how empowered more women are feeling. These ladies aren’t willing to settle, and are fearless when it comes to being treated as the inferior sex, no matter what the situation.

Some may say that women have total equality today, but the fact that events in the news are still occurring like the tomato incident, which was claiming that women are just a measly, unimportant portion of country music in a sea of male singers, is proof that these women still have reason to fight for themselves, and seek out this revenge that is so common throughout their songs. For Hill to disrespect all women on such a public medium is even more evidence that women are still competing to reach the same level of esteem that men have in country music.

I think that Loretta Lynn, Wanda Jackson, and other female artists that stood up for women in the past would be proud of the way that female country stars are carrying out this effort and still demanding their respect.