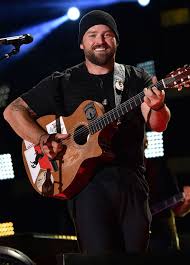 I recently went to a Zac Brown Band concert. I’ve been to a lot of country music concerts in my time ranging from obscure Texas country to big name country stars and I have never had as much fun at a single live music showing than I did when I saw Zac Brown. I actually went only a few days ago so I heard everything that they have put out thus far including “Chicken Fried”, “Toes”, “Day of the Dead”, and Keep Me in Mind”. However, that wasn’t all they played. They did awesome covers of “Ride the Lightning” by Metallica, and “The Devil Went Down to Georgia” by Charlie Daniels and “Bohemian Rhapsody” by Queen.

Everything about their show was fun and lively. From the hard core jam sessions in the middle of a song to launching t-shirts into the crowd. Everything they did was fun simply because they looked like they were having so much fun. At one point Zac Brown brought a little girl on stage, signed his guitar and gave it to her. She did what I probably would have done as well, burst into tears right on stage. Furthermore, towards the end of the show they came out in glow in the dark skeleton suits and masks to perform their new single “Day For The Dead” successfully surprising the entire crowd, including myself.

Overall, the concert was a good portrayal of their playing style and the energy that they exude. Every song they played had emotion and heart behind it which made it easy to jam and sing along to. They got the crowd up and out of their seats and dancing in the aisles with beer and nachos livening up the festivities. They are crowd pleasers and their music allows for a lively and energetic atmosphere. Better yet every song they played sounded just as good if not better than the studio recorded versions. Its hard to do that. It tough for artists to carry over successfully from the studio to the stage but they do it so seamlessly as if each show is their first show exuding confidence and a respect for the crowd.

I just want to point out that the Zac Brown Band may not be entirely original in their predominantly southern sound but they are fresh and welcoming and their shows certainly are of a high caliber. They have a great knack for moving the crowd and giving the people what they want… One hell of a show! If there was ever any doubt in my mind about the Zac Brown Band before its certainly gone now. They have a “feel good sound for hard times” as Zac Brown says himself. I am grateful I got to see them live and I hope everyone else gets a chance to do so because its truly an incredible show to see.

Tagged as concert, day for the dead, zac brown band